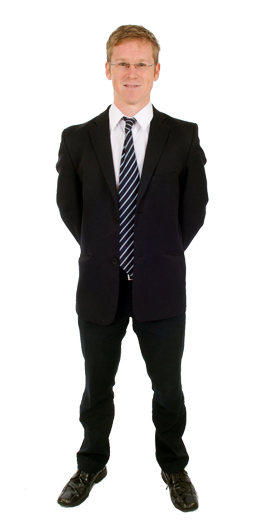 George Osborne’s new concept of exchanging employment rights for shares has hit the headlines over the last few days. The idea is to offer recruits or current employees an 'owner-employee' contract where they give up some of their key employment rights (unfair dismissal rights, redundancy rights etc) in exchange for between £2,000 and £50,000 of shares in the company they work for. These shares would be exempt from capital gains tax. The government plans to introduce this scheme in April 2013.

First there are all the difficulties of valuing shares in private companies. The owner(s) might say the shares are worth £X but would an independent financial valuer agree? And valuations can change over time. Second there’s the “liquidity” risk of owning shares in a private company. Even if, on paper, an employee’s shares are worth £X, they can only get their hands on their money on the sale of the shares. And unlike plcs where public shares are traded openly on a public exchange, in a private company it’s a closed market. Who’s going to buy your shares? Perhaps the main owner will but will s/he offer the price you seek? Third, if the company goes insolvent, you’ll lose out totally.

So, I can’t see much incentive for most employees to accept this contract (if offered) simply because of the uncertainty in relation to the financial benefit they would receive for agreeing to give up their employment rights.

From many employer’s perspective, I suspect there’ll be little incentive for offering the contract either:-

Many owners would rather steer well clear of possible minority shareholder disputes, valuation disputes and from having their existing shareholding diluted down, preferring to use established employee incentive methods like bonus, commission or even tried and test share option schemes (regardless of the fact they cannot compete with this new scheme in terms of tax breaks). When new employees do not have the right to normal unfair dismissal rights or to a statutory redundancy payment until they have two years’ service for many I suspect, for many, the downside risk associated with minority shareholders outweighs the risks of recruiting employees.

Other owners, I feel, will just not like the idea of this kind of trade off and will take the view that their socially and ethically responsible businesses can do perfectly well employing employees who as well as being incentivised by partial company ownership still enjoy their full employment rights. John Lewis doesn’t seem to be doing too badly.

Others may be put off by the likely cost of professional fees to set up and administer this type of scheme unless there’s a “Table A” type off-the-shelf statutory contract to use.

Workers at “the next big thing”

The above all said, brilliant software coders in the Silicon Roundabout working for the next Twitter or Facebook and the like may look at this free opportunity to become a shareholder in a soon to be IPO’d company as a gift horse.

Others, particularly those who have done proper due diligence on their employer’s business and value, who are calculated risk takers, ultra-confident about their abilities to obtain alternative employment on comparable or better terms were things to go wrong at their company and who think they’re far more likely to be the ones jumping ship (to move on to a better company or start their own etc) than be pushed out, will probably think that the potential upside of tax-free profit from these shares very much outweighs the risk of losing some employment rights.

If you would like to discuss this further please do not hesitate to contact Neil Andrews on 01202668766 or any other member of the Employment Law Team.