Coles Miller calls on community to talk about dying15th May 2012 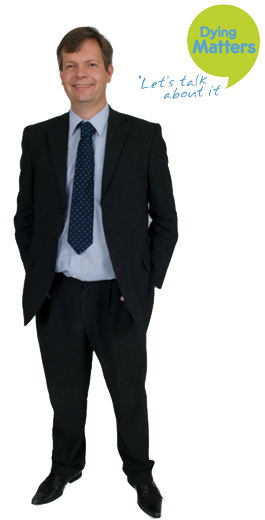 Today Coles Miller Solicitors announced they will be promoting a Dying Matters Awareness Week throughout their Dorset offices offering a free 30 minute consultation to any client wishing to discuss any legal matter concerned with issues of wills, powers of attorney, living wills and matters relating to putting someone’s financial affairs in order after they have died.

The theme of Dying Matters Awareness Week 2012 is “Small Actions, Big Difference”, aimed at encouraging individuals and organisations to take the simple steps that can make a big difference to people when they are dying or bereaved. Whether it is through sharing their wishes with someone close to them, registering to become an organ donor, writing a will, considering taking out a funeral plan or making an effort to speak to someone who has been recently bereaved, members of the public can take small actions that make a real difference.

Coles Miller will be promoting a Dying Matters Awareness Week on their website, through social networks such as Twitter, Linked In and Facebook as well and in their receptions, offering a free 30 minute consultation to any client wishing to discuss any legal matter concerned with issues of making a will, inheritance tax planning, trust creation and administration amongst other issues.

Anthony Weber a wills and probate solicitor at Coles Miller said: “There is still such a huge cultural taboo around death for many people and we often find it difficult to raise this subject with our loved ones. Often we find as solicitors that we can help lift some of this burden and make it easier for people to have more open conversations with their families.”

Coles Miller Solicitors is one of 16,000 members of the national Dying Matters Coalition, with an interest in supporting changing knowledge, attitudes and behaviours towards dying, death and bereavement.

Set up by the National Council for Palliative Care (NCPC) the Dying Matters Coalition aims to encourage people to talk about their own end of life issues with friends, family and loved ones in order to make ‘a good death’ possible for the 500,000 people who die in England each year.

Membership of the Dying Matters Coalition has grown rapidly since it was launched and now includes organisations from the health and care sectors, community groups, social care and housing, faith groups, the legal profession and the funeral sector.

Research for Dying Matters has previously found that many people have specific wishes about their end of life care or what they would like to happen to them after their death, but that a reluctance to discuss these issues makes it much less likely that these will be met. There is a major mismatch between people’s preferences for where they would like to die and their actual place of death - 70% of people would prefer to die at home but more than half currently die in hospital.

“Every minute someone in England dies, but many people still feel uncomfortable talking about end of life issues. Talking about dying, death and bereavement is in everyone’s interests as it can help ensure that all of us can get the care and support we want, where we want it at the end of our lives. Through being more confident in talking about dying and taking small actions to plan for the future and support each other, together we can make a big difference.”