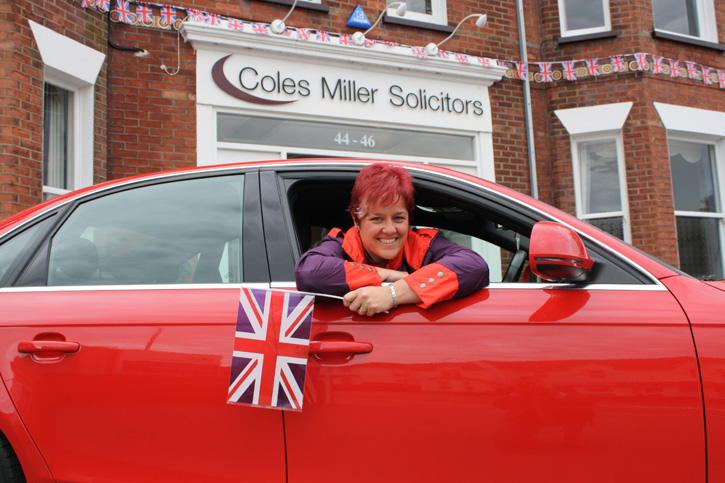 WITH the 2012 Games fast approaching, Coles Miller have demonstrated their team spirit by relinquishing an employee for Olympic duties.

Ruth Kerley, a partner at the Dorset law firm, will be part of an army of volunteers working to ensure the Olympic events in Weymouth run smoothly. among others get to their destinations safe and in time to catch the scheduled events,” says Ruth.

“It’s a great privilege to be working as a volunteer at the Games, but I couldn’t have done it without the support of Coles Miller, who have released me on full pay.”

Ruth will work about three shifts a week during the Olympics, the preparation for which is already well rehearsed in Weymouth.

“I know there have been problems in London, but in Weymouth they are well prepared for the Games,” says Ruth, who was impressed by the number of local volunteers who will be working during the Olympics.

“From students to pensioners there are all sorts of people working hard to make this landmark event a success.”

During the Games, Ruth’s colleagues will also be working extra hard to ensure that Ruth can go and fulfil her Olympic duties without this having any affect on her work in the office.

“This is a once in a lifetime opportunity for Dorset and indeed for Ruth,” says David Parfitt senior partner of the Firm.

“We are proud to have someone from Coles Miller working as a volunteer at the Games and we are delighted to support her while she fulfils her ambitions.