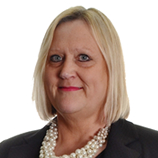 Delays at the government’s new Divorce Centre in Southampton are having a significant impact across Dorset, warn family lawyers at Coles Miller.

The Southampton office is one of a number of new regional Divorce Centres designed to speed up the processing of applications. Previously all the work was done by district judges at local courts.

But the recent reorganisation and the launch of the new Divorce Centres is having precisely the opposite effect, say family lawyers at Coles Miller.

They are reporting the problems to the HM Courts & Tribunals Service (HMCTS) after being asked by a senior official in London to provide feedback on the changes.

Poole-based senior family lawyer Lindsey Arnold said of the Southampton Divorce Centre: “They have not yet issued divorce papers that I sent a month ago.

“It has just taken them six and a half weeks from lodging a D84 form (application for a Decree Nisi) to Decree Nisi on one of my matters.”

The Decree Nisi is the court order stating the date on which a marriage will end unless a good reason not to grant a divorce is produced.

Ms Arnold has also been phoning the local courts to monitor the progress of applications for financial remedy consent orders lodged with the Divorce Centre.

Seven weeks ago she sent an application for a financial separation consent order to the Southampton Divorce Centre.

Staff there then sent it on to the Bournemouth Family Court for the local judge’s approval. That judge then has to email it back to Southampton once he has approved it.

“The order is likely to be stuck in another queue then for up to two weeks before being sent out. So all in all it now takes HMCTS twice as long to sort out everything,” said Ms Arnold.

All of this makes it more important than ever to use an experienced family law firm such as Coles Miller so applications can be chased up and time saved at other stages of the divorce process.

Coles Miller also has highly experience mediators who can help to make financial resolutions quicker, more cost effective and less stressful by keeping it out of court.