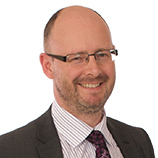 Families at war over contested wills are being urged to use dispute resolution to avoid squandering the estate on court costs and legal bills.

With inheritance disputes on the increase, solicitors at Coles Miller recommend that opposing parties give serious consideration to settling their differences out of court.

It is vital if families are to avoid Charles Dickens’s Bleak House scenario in which litigants spend so long arguing over an estate that a large part of the money - if not all of it - is lost to legal bills.

Litigation solicitors at Coles Miller recommend that parties in dispute should consider alternatives to going to court such as mediation or Early Neutral Evaluation by an unbiased third party agreed by both sides.

“It is much cheaper and quicker and may well assist in considering whether negotiation is a better alternative than going to court.”

Early Neutral Evaluation is not legally binding but it can lead to faster settlement of claims because one side is unlikely to go to court if it is obvious in advance that they are likely to lose.

Parties disputing a will can still go to court - especially where the dispute is not settled by agreement.

But the side with the weaker claim could have costs awarded against them for pursuing legal action despite being warned against it by the neutral evaluator.

If mediation is offered and a party unreasonably refuses to engage in that process then this could affect that party’s chances of recovering their costs - even if they are successful.

Legal disputes over wills and trusts are on the increase because of changes in modern life and the rise of the blended family.

Divorce and cohabitation are also more common so more people are remarrying, resulting in more stepchildren from previous marriages.

Other factors include increasing media coverage of disputes over wills and celebrity estates; people are more aware of their legal rights; rising property prices are pushing up the value of estates.

“Sadly, inheritance disputes can be extremely long and acrimonious because they can be rooted in family problems going back over decades,” said Mr Steele-Williams.

“Some have an international element because of the increase in relationships involving different nationalities. This makes disputes more complex and inevitably more costly.”

He added: “It makes sense for all concerned to use a fixed cost dispute resolution method such as Early Neutral Evaluation. We would always recommend going to court only as a last resort”.