What Is The Right Of First Refusal?

Qualifying tenants (leaseholders) of flats must by law be offered the first opportunity to buy the freehold when the landlord (freeholder) decides to sell it. This legal Right of First Refusal (RFR) is enshrined in the Landlord and Tenant Act 1987. It is initiated by a Section 5 Notice.

This important legal protection prevents the landlord from selling the freehold without first informing the qualifying tenants who live there. It gives the leaseholders first chance to buy the freehold on the same terms as an open market sale.

How Can The Right Of First Refusal Benefit Me?

You and your fellow leaseholders will have the opportunity to buy jointly the freehold of your block so that you – and not the landlord – will own the land under your flats.

There are lots of benefits to this. You will safeguard (and possibly increase) the value of your property, make it more saleable when the time comes to move and also (usually) stop paying ground rent.

You may not have to renew your lease again – saving you thousands of pounds. And with no landlord, you will also have more control over how your block is run.

For a full list of benefits, view our Buying The Freehold page.

The Aim Of This Right

Who Has The Right Of First Refusal?

A freeholder (or the owner of a head lease) proposing to sell their interest in the flats must first offer it to the qualifying leaseholders before selling it on the open market.

Who Is Excluded From The Right?

There are a few exceptions to the right. A freeholder is not put through this Right of First Refusal process in the following circumstances:

Most sales of a freehold will trigger the Right of First Refusal but some will not. These include:

Right Of First Refusal Process: How Does It Work?

You cannot use the Right of First Refusal to force the landlord to sell the freehold if they do not wish to do so. That is a different right under the collective enfranchisement provisions of the 1993 Act.

Right of First Refusal merely obliges a freeholder/head leaseholder selling their interest in the property to offer it first to the qualifying leaseholders.

The process is simpler than it sounds. It involves three main stages:

What If The Landlord/Freeholder Refuses To Offer The Right?

It is a serious matter if a freeholder (or head leaseholder) fails to offer Right of First Refusal to their leaseholders. It is a criminal offence with a level 5 fine on conviction.

In addition, the leaseholders can enforce a procedure requiring the new owner of the freehold or head lease to sell it to them on the same terms as they acquired it from the original landlord/head leaseholder.

A landlord who serves an Offer Notice will sometimes, but not always, have a prospective purchaser lined up at the price stated in the Offer Notice. If leaseholders do not accept the Right of First Refusal, the landlord can sell his interest at the price offered (or higher) to the buyer waiting in the wings or by way of a sale on the open market.

But the landlord cannot sell the interest within 12 months at a lower price than that offered – nor can they offer it on different terms.

How Long Does It Take To Exercise The Right Of First Refusal?

The offer must be accepted within the timeframe set out in the notice – no less than two months.

Within the next two months, the leaseholders must serve a Nomination Notice (nominating a purchaser) if they intend to proceed.

The landlord must then provide a contract and this must be accepted by the nominee purchaser within two months.

Failure to comply with the steps within the timeframes will amount to a withdrawal – leaving the landlord free to sell on the open market on the terms set out (or for more, but no less).

When passing through Parliament, the process was described as ‘advance or withdraw’, ensuring there is no barrier to the landlord selling the freehold on the open market otherwise.

How Much Does It Cost?

You are buying the freehold and how much you pay will depend on a wide range of factors – find out more here.

The largest part of the cost will always be the freehold itself, rather than any legal or valuation fees associated with the process.

It is up to the landlord to set the price of the freehold. You and your fellow leaseholders can take it, leave it or try to negotiate.

The landlord may wish to accept a counter-offer from your side (or you could negotiate further) but they are under no legal obligation to do so. You cannot take them to a tribunal over this.

Also, there is no extra cost associated with the fact that the landlord must by law offer you first refusal. The cost of serving an Offer Notice is down to them.

You are not legally obliged to pay the landlord’s legal and valuation costs – that is because they are choosing to sell the freehold; you are not forcing them to do so under collective enfranchisement rules.

What if the landlord already has a preferred buyer in mind? What is to stop them offering you the freehold at an artificially high price as a token gesture, simply to comply with the letter of the law?

As leaseholders, you have protection because the law prevents the sale of the freehold within 12 months on different terms or at a lower price. Also, you can refuse their artificially high price…and then force them to sell the freehold using your ‘right to buy’ under collective enfranchisement (provided the block qualifies).

Normally, the leaseholders are not obliged to pay the landlord’s costs – unless it is offered as a set term in the Section 5 Notice.

However, if you and the other leaseholders pull out of the deal after a certain point (such as after contracts have been exchanged) then you would collectively be liable for some of the landlord’s costs.

What If There Is A Head Lease In Place?

A head lease is an extra tier of ownership that sits between the freeholder and the leaseholders:

Head leases are more common in certain parts of the country (London and Bournemouth for example).

What’s the point of a head lease? The original purpose was to save the landlord the bother of collecting rents from lots of leaseholders; instead they collect it from the head leaseholder…who then has the task of collecting the rents from the tenants. This further layer of title also allows a freeholder to avoid management responsibilities if they wish.

The right of first refusal applies only to the head lessee – not the other leaseholders.

Book a free initial chat with one of our residential leasehold solicitors to find out more about the Right of First Refusal. 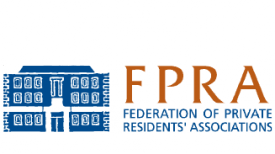 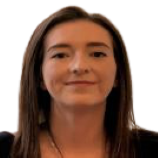