We’ve said it before but the warning is worth repeating: DIY wills are a dangerous false economy.

And here’s another case to prove it – a dispute over a £1.8 million estate. 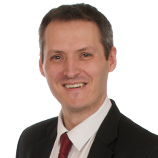 The married couple involved made DIY wills back in 1982. Nearly £2 million of assets and they thought they’d save a few pennies with a couple of do-it-yourself wills.

Crazy isn’t it? Here’s what happened…

After the husband died, his will was probated. So far so good.

When the testratrix (the woman who made the will) died, that 1999 will appeared to have been completed correctly.

But it was challenged by residuary beneficiaries from the 1982 will.

Their claim was strengthened when the witnesses of the 1999 will said they had not been present when the testatrix signed it.

They had never even met her.

A professional document examiner looked at the 1999 will. She said there was “very strong evidence” that entries in the will had written by someone other than the testatrix. Different inks had been used.

So the court overruled the presumption that the testatrix’s 1999 will was valid.

It concluded that the testatrix knew and approved of the contents of her 1999 will. But that did not make it valid.

So the woman’s dying wishes were not carried out. The chosen beneficiaries in her 1999 will received nothing from the £1.8 million estate.

And all because the woman tried to cut corners with a DIY will.

The message is clear. Get a proper will drawn up by a specialist wills solicitor. It’s not expensive – unlike the cost of coming badly unstuck with a DIY will.

You can’t afford to take chances. Not today when wills are far more likely to be challenged in court.

Get expert legal help from Coles Miller Partner Stuart Bradford, the head of our Probate Department.