But reports that 250 former footballers are suffering from Alzheimer’s could soon change that. Not least because three were members of England’s iconic 1966 World Cup squad. 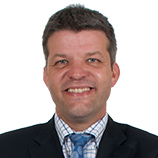 The FA wants Fifa to investigate whether years of heading heavy leather footballs is to blame for the former players’ dementia symptoms.

Fifa says there is little evidence at this stage of any link but is studying long term changes in players’ health. Not just for brain injuries but also for early onset osteoarthritis.

More publicity on this issue is vital if players are to be properly safeguarded.

Concussion is spoken about regularly in rugby: by officials, by players, by fans. It should be the same in football.

And we’re not just talking about the Premiership and the Football League.

Think about all the players who compete regularly for non-league clubs, in Sunday matches, in five-a-side games. Nearly 8.2 million adults in England play football, according to the Sport England People Survey.

And yet the beautiful game cannot assume that it’s somehow immune to the concussion issue.

America has led the way in sports concussion claims. A US appeals court has just upheld the $1 billion compensation settlement between the NFL and retired players with concussion-related brain injuries.

Have you been injured playing football or any other sport? Claim compensation to fund your treatment and care. Coles Miller handles these cases on a No Win No Fee basis.