How To Solve A Boundary Dispute

Arguments over the position of boundary lines are one of the most common forms of property dispute. They can cause huge stress because you are arguing over the most expensive thing you own – your land and property.

Boundary disputes with neighbours are often triggered by the replacement of a wall, fence or hedge. This new property line can prompt claims of encroachment (it is in the wrong place).

What starts out as a simple argument can quickly escalate – embroiling you in a potentially expensive legal row over what may be a tiny strip of land just a few inches wide. Our solicitors can help you to end the row before it ends up in court.

How Do I Find Out Where The Real Boundary Is?

Every property has a title plan filed with the HM Land Registry (which can supply copies). People assume the Land Registry can solve these disputes easily just by getting out the plans. Sadly this is not always the case.

The Land Registry admits that its title plans show only ‘general boundaries’. In many cases these should usually be sufficient. Officials can supply copies of the:

But they cannot be any more precise than that. The general boundary may not show minor adjustments to take account of bay windows, sloping land or other similar features.

One Land Registry manager cynically describes boundary disputes as “the weapon of choice” for neighbours who have already fallen out over noise or nuisance issues.

So when the official body responsible for registering land and titles is unable to help, how do you find out where the real boundary is supposed to be?

Here’s the unfortunate reality: if there is no precise record of a boundary, you will have to create one yourself – and that means reaching an agreement with your neighbours (however stubborn and annoying they may be).

Here are your options:

It makes sense if you and the neighbours can reach an agreement – because you will probably have to do so anyway sooner or later.  Agreeing a boundary amicably saves all the expense and bother of taking your neighbour to court (or defending yourself if they take you to court).

Going to court should only ever be a last resort. It is a very expensive, time-consuming and stressful way to resolve boundary disputes. And you may still not get everything you want. It is far better to reach an agreement.

But take legal advice before agreeing to anything. Here are some basic legal principles for creating a boundary agreement:

Remember that any agreement is binding for both parties – and also for their successors, for anyone else who then moves into either property. So do not rush into an agreement without first getting professional advice.

As well as a solicitor, you may also need the services of a chartered surveyor or another similarly qualified professional. If so, you will need to:

What If We Can’t Agree A Boundary?

Do not despair if initial negotiations with your neighbours have broken down: it may still be possible to reach an agreement with the help of a solicitor.

Going to court is not the only way to solve the issue. Alternative Dispute Resolution (ADR) is cheaper, quicker and less stressful. Methods include:

Whose Responsibility Is The Boundary Fence?

Most of the time this is outlined in the property deeds – sometimes there are clues in the form of ‘T-marks’ on the deed plans. But this is not always the case.

There are various myths about who owns which fence – and these are the two most common:

In reality, the fence belongs to whoever’s land it is on – even if the neighbour helped to pay for it.

Like so many other types of boundary dispute, you and your neighbours will need to reach an agreement.

Our specialist litigation solicitors can help you to solve a boundary dispute before it gets out of hand and becomes expensive. 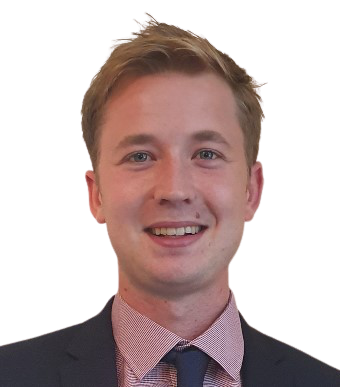