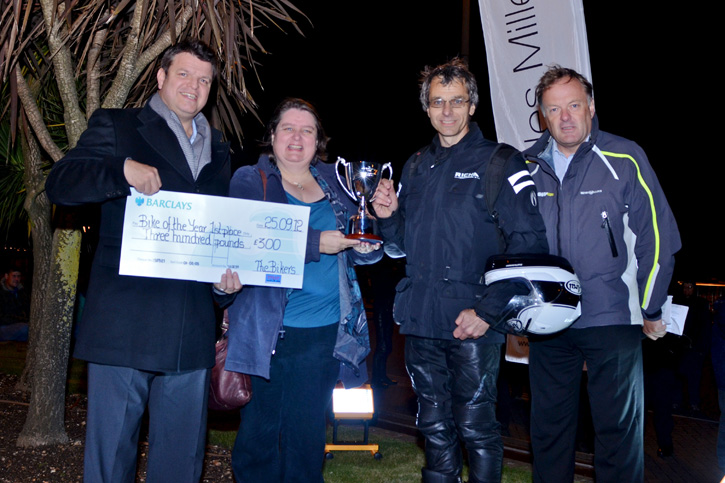 The 2012 season of Coles Miller Dream Machines ended on a high in spite of the predicted rain with hundreds of die hard bikers and spectators arriving to enjoy the season finale on Tuesday 25 September.

Organised by Poole Tourism, Dream Machines is part of Wave 105 Summertime in the South, Poole's packed summer events programme. The final event of the Dream Machines 2012 season was marked by the eagerly awaited "Bike of the Year" contest. Open to winners of the weekly "Bike of the Night" heats during 2012, the finale saw 19 bikes welcomed back to compete.

During the evening, voting cards were handed out to fellow bikers and spectators who cast their votes for their favourite bike in the line up. Each owner provided information for their competing bike giving its history.

This year saw the inaugural presentation of the new David "Midge" Holloway Trophy for Bike of the Year, courtesy of event sponsors Coles Miller Solicitors. The award was presented by Rosemary Ponting-Fry in memory of her uncle Midge Holloway, local biker and Dream Machines regular from Poole who died in April 2012.

Midge's niece, Rosemary Ponting-Fry, said: "This event was really close to Midge's heart because it gave him the chance to catch up with friends and enjoy his passion for British bikes. He came third in the competition in 2009 and was over the moon when he won Bike of the year in 2010. It's a wonderful way to keep his memory alive."

1st place ­ Allen Millyard from Thatcham near Newbury with his Millyard Viper V10 won The David "Midge" Holloway Trophy, £300 cash, a £150 voucher (courtesy of Bikes Legal Defence), a free MOT (courtesy All2wheelers) and a family ticket to Beaulieu National Motor Museum. Allen said: "I was amazed to win and really proud to receive the trophy. I love getting the bike out on the road, it always attracts crowds wherever it goes and loads of questions ­ I was hoarse by the end of the evening! Poole Quay is a great venue and it was fantastic to be chosen as the people's favourite."

Adrian Cormack, Partner at Coles Miller LLP, said: "This has been a great season and we are particularly proud to be presenting the David "Midge" Holloway Trophy to the Bike of the Year winner for the first time. It is a wonderful tribute to Midge and all the Coles Miller Dream Machines regulars who have made this event a Poole Quay tradition and such a key part of the town's special events programme. Our thanks go to all the bikers, Poole Tourism and the volunteer marshals for their enthusiasm and support for this fantastic event."

Coles Miller Dream Machines will return on the first Tuesday in April 2013. 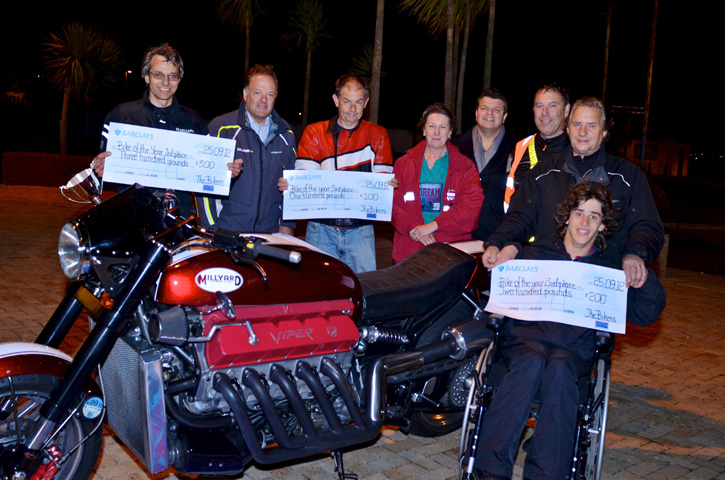