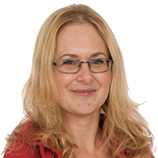 Sometimes divorce is like a time bomb. You can ‘hear’ the ‘ticking’. You know what’s coming – just not when.

And even when divorce is sudden and surprising, the ‘bomb’ may have been ticking away in the background. You just didn’t hear it.

There’s a concern that more divorces are being planned in secret.

Here’s the scenario: one disgruntled party spends months secretly preparing their escape/divorce – then springs it on their unwitting (and therefore unprepared) spouse.

They do this because they foolishly believe they can hide some of their assets. Financial disclosure rules mean they need produce only 12 months of bank statements.

But this 12-month rule is not a licence to conceal.

Judges expect full, frank and honest disclosure; they take a very dim view of hiding assets. Anyone who ignores that could be in Contempt of Court – which can mean fines or even jail.

Legal questioning as part of the court proceedings will generally reveal whether the other side has hidden assets.

Their shameless denials will not work. The court can infer the value of these assets and rule accordingly – and that includes awarding costs against transgressors.

Lawyers know this. But these days not everyone who stands up in a divorce court is a lawyer.

Cuts to Legal Aid are forcing more people to try and represent themselves in the family courts.

Resolution’s chair Jo Edwards estimates that, in two-thirds of cases going through the family courts, at least one side will have no legal representation.

They say they can’t afford a lawyer.

We say you can’t afford not to have an expert divorce solicitor – not when arrangements for your children and your share of everything you own are at stake.

We understand that money is tight. It’s no secret that the rising cost of living is still outstripping wage increases. So as a firm we offer fixed fees and limited retainers to help people budget.

Also, we would always recommend mediation or collaborative law rather than going to court – it can be cheaper, quicker, less stressful and you retain control of the process.

To find out more about fixed fee divorce in Bournemouth and Poole, please contact our family team on 01202 673011.