As one of the leading No Win No Fee legal firms dealing with personal injury compensation cases, we are proud of our high success rate for claims.

Here are some recent claims we have won for our clients, together with the amount of compensation awarded to give you an idea of the range of cases we can help with.

Our client Mr E sustained severe head injuries in a road traffic accident caused by the negligent driving of another road user.

Mr E's brain injuries were permanent and Coles Miller was able to settle the case out of court for the sum of £3.6 million in compensation. We were able to secure this sum for our client despite the fact that the other side disputed liability.

We were also instrumental in establishing a trust for the management of the damages for the future care and support of our client.

Our client was a passenger in a motor car being driven by the defendant who lost control of the vehicle, leaving a road and striking a wall.  The claimant suffered debilitating injuries including severe brain damage. There were issues of contributory negligence as the claimant was not wearing a seatbelt and knowingly got in a car with an intoxicated driver.

Despite these challenges this firm was successful in securing an award of £900,000 and establishing a personal injury trust to secure this client’s future. Adrian Cormack, head of the Personal Injury department, sits as a professional trustee, ensuring that our client’s needs are met and that he will have a lifelong income.

Through his tenacious commitment to the client, Adrian Cormack demonstrates that he will work tirelessly in order to achieve a positive outcome, all the time, every time.

Chris Whittle, a Partner in the PI department acted for the 44-year-old claimant who suffered a very serious leg injury in a motorcycle accident.

Liability was in dispute, although once proceedings were issued the defendant’s dealt with the claim in full.

The loss of earnings claim was the biggest issue. The claimant was employed as a window fitter but he had recently qualified as motorcycle instructor, although had yet to start working in this area. As a result of the injury he was unable to continue fitting windows and would never ride a motorcycle again.

By liaising with motorcycle training schools in the client’s area a picture was built up as to what his earnings might have been but for the accident and with the assistance of an employment consultant a picture of his actual earning capacity was built up, together with the retraining needs that he had.

The claimant lived in Eastbourne which is a six-hour round trip from our offices but Chris Whittle visited him at each key stage of the claim to ensure that the claimant fully understood what was going on with the case and to ensure that advice was understood and instructions were properly informed.

Case 1 - £71,342 compensation for woman in motorbike accident abroad
A 58-year-old woman badly broke her leg in a motorcycle accident in Spain. Our client underwent surgery in a Spanish hospital. She was in a wheelchair for three months, delaying her return to the UK. Compensation included a £29,000 interim payment for private surgery in the UK as her bones did not heal properly in Spain.
Case 2 - £29,000 damages for worker burned by chemicals
Our client Mr S was involved in an accident at work where he sustained severe chemical burns. He was left with painful and permanent scarring and contacted Coles Miller to see whether he was entitled to compensation. Our personal injury team successfully recovered £29,000 in damages for him.
Case 3 - £13,500 compensation for a woman scarred by broken glass
Miss L was living in rented accommodation and suffered injury to her face when glass shattered on her. Coles Miller won £13,500 in compensation for her as a result of scarring to her face.
Case 4 - £4,300 compensation for a broken arm
Our client Mrs F slipped on a wet floor in a retail store. The floor had just been cleaned but the store failed to display any warning signs. Mrs F consequently slipped and suffered a broken arm. Coles Miller was able to recover £4,300 for her in compensation.
Case 5 - £3,700 damages for aircraft passenger injured in fall
Mrs J suffered a fall on an aircraft caused by a bag left by a flight attendant. The bag was obstructing the aisle. Mrs J sustained soft tissue injuries to her neck, left knee, right hand and forearm. The airline denied liability so Coles Miller issued proceedings and fought the battle in court. We won and Mrs J was delighted to receive £3,700 in personal injury compensation.
Case 6 - £2,360 for a motorist’s whiplash injury
Mr D was in his car stationary at traffic lights when it was hit in the rear by another vehicle. Mr D suffered a whiplash-type injury to his neck and was unable to sleep properly, sit at a computer or go to the gym for five weeks. Coles Miller recovered £2,360 in compensation for personal injury and loss of earnings.
Case 7 - £2,300 payout for car passenger injured in a crash
Mr B was a passenger in a car that failed to stop in time at a junction and hit the vehicle in front. As a result, Mr B's leg was badly injured. He also suffered a minor neck injury. Coles Miller arranged for a consultant and for physiotherapy sessions at no cost to our client. We won £2,300 in damages for him.
Case 8 - £1,600 payout for woman given wrong medicine by pharmacist
Our client Mrs N was given the wrong drug by a dispensing pharmacist but continued to take dosage advised for the correct drug. She consequently suffered six weeks of symptoms such as excessively tiredness, feeling low in mood and diarrhoea. Although there were no long term side effects, Coles Miller secured a compensation award of £1,600 for her injuries.
Case 9 - £1,300 payout for a motorcyclist knocked off his bike
Mr H was riding his motorbike when a vehicle turned right across his path, knocking him to the ground. He suffered soft tissue injuries and associated bruising to his right leg, left shoulder and chest. He made a full recovery within eight weeks and was awarded compensation of £1,100 for personal injury and an extra £200 for damaged clothing and accessories.

How can we help with your Personal Injury claim: 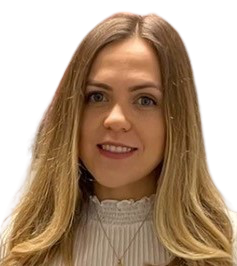